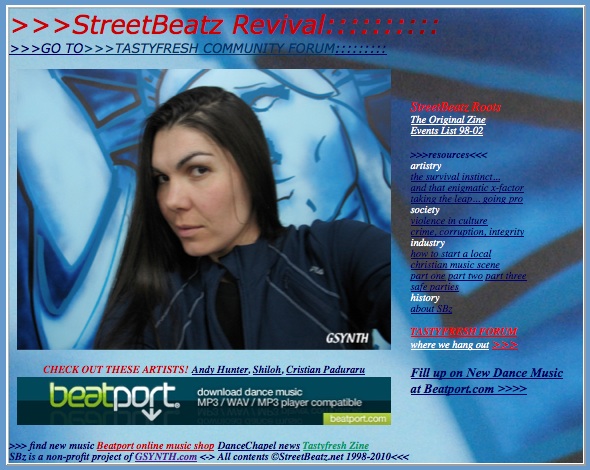 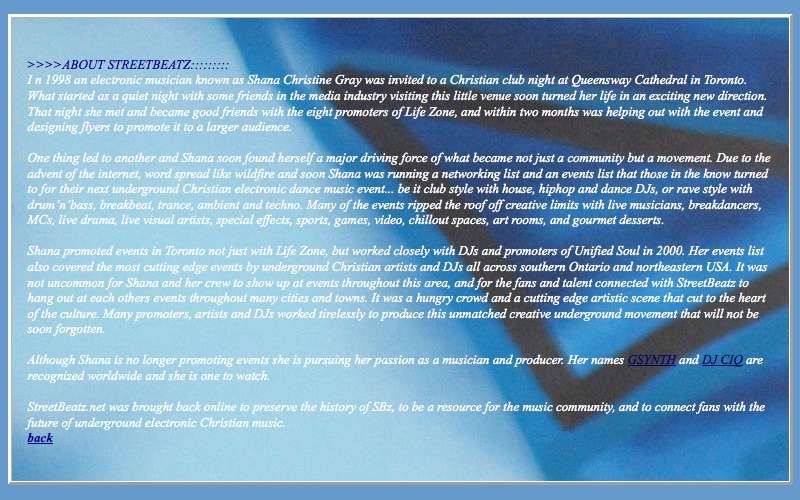 >>>>ABOUT STREETBEATZ:::::::::
In 1998 an electronic musician known as Shana Christine Gray was invited to a Christian club night at Queensway Cathedral in Toronto. What started as a quiet night with some friends in the media industry visiting this little venue soon turned her life in an exciting new direction. That night she met and became good friends with the eight promoters of Life Zone, and within two months was helping out with the event and designing flyers to promote it to a larger audience.

One thing led to another and Shana soon found herself a major driving force of what became not just a community but a movement. Due to the advent of the internet, word spread like wildfire and soon Shana was running a networking list and an events list that those in the know turned to for their next underground Christian electronic dance music event… be it club style with house, hiphop and dance DJs, or rave style with drum’n’bass, breakbeat, trance, ambient and techno. Many of the events ripped the roof off creative limits with live musicians, breakdancers, MCs, live drama, live visual artists, special effects, sports, games, video, chillout spaces, art rooms, and gourmet desserts.

Shana promoted events in Toronto not just with Life Zone, but worked closely with DJs and promoters of Unified Soul in 2000. Her events list also covered the most cutting edge events by underground Christian artists and DJs all across southern Ontario and northeastern USA. It was not uncommon for Shana and her crew to show up at events throughout this area, and for the fans and talent connected with StreetBeatz to hang out at each others events throughout many cities and towns. It was a hungry crowd and a cutting edge artistic scene that cut to the heart of the culture. Many promoters, artists and DJs worked tirelessly to produce this unmatched creative underground movement that will not be soon forgotten.

Although Shana is no longer promoting events she is pursuing her passion as a musician and producer. Her names GSYNTH and DJ CIQ are recognized worldwide and she is one to watch.

StreetBeatz.net was brought back online to preserve the history of SBz, to be a resource for the music community, and to connect fans with the future of underground electronic Christian music. 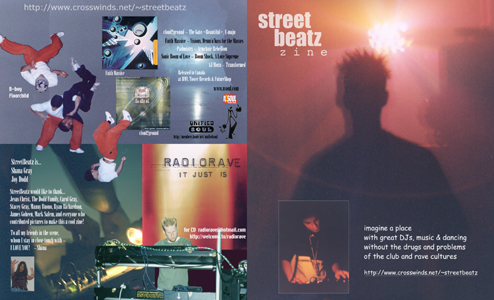 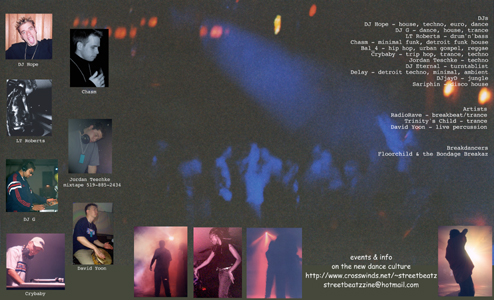